The community of Csesznek is situated between Zirc and Pannonhalma, in High-Bakony. The documents related to the settlement dating back to the 13th century. Furthermore, they also describe an impressive castle which was constructed after the Mongol invasion (1241). Its erection being a part of the townships construction period. One if its main roles was to watch over the main road stretching between Győr and Veszprém. It was later occupied by the Ottoman Empire. The Hungarians took it back soon after. The golden age of the 700 year old castle was most probably during the 15th century. At that time it was the property of the Garai family. They converted the fortress into a gothic style castle of the knights.The last owner of the castle was the aristocratic Esterházy family, patrons of art, who reconstructed the building into a spectacular baroque castle. Nowadays, the Castle of Csesznek and its surroundings are one of the most favourite excursion sites for visitors fond of historical tours. Moreover, the environs contain an active touristic centre. One can enjoy the beautiful landscape and discover the Ördög Trench, Kő Trench, Brook Cuha and Brook Aranyos.The attractive picturesque scenery of Bakony Mountain also has a good impact on village tourism. 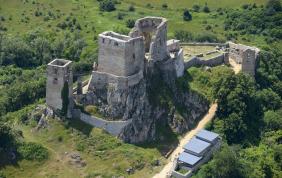 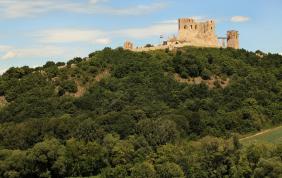 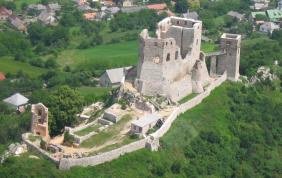